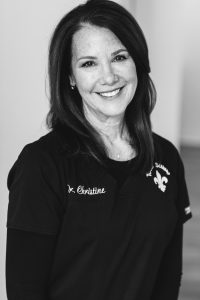 Dr. Motsch Lee graduated from Transylvania University, with a Biology Major, in 1985. There, she played on the tennis team, and was inducted into the Transylvania University Hall of Fame, in 2000. Dr. Christine attended the University of Louisville, School of Dentistry, where she graduated in 1989. She then, was accepted and completed a one year residency program in Advanced General Dentistry at the University of Kentucky, School of Dentistry. Dr. Christine founded the Tooth Studio of Orland Park, in 2005.

Dr. Christine was born and raised in Louisville, Kentucky, which explains her love for the fleur de lis, the symbol of Louisville. In her free time, she is an independent consultant with Rodan + Fields Dermatologists. She loves snow skiing, tennis, golf, and spending time with family, friends and her Australian Shepherd, Keel. 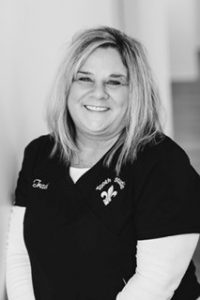 Traci is our hygiene coordinator and has been a hygienist for 26 years. She is a graduate of Prairie State College where she received her degree in Dental Hygiene. Her main objective is to give every patient her undivided attention, and share her passion in maintaining good oral health.

Traci strives to continually enrich her knowledge in dentistry in order to educate and provide the best possible care to our patients.

In her spare time Traci enjoys spending time with her husband, two children and her Pitbull, Moose. 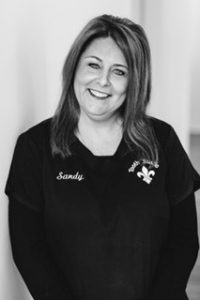 Sandy, a graduate of Prairie State, is a registered dental hygienist, with twenty one years of experience.  She is very personable, and strives to put her patients as ease.  Sharing her knowledge and patient education is the key to her success, of the best oral care.

Sandy is married and loves being a mom of two daughters.  As a family, they enjoy snowmobiling, boating, and walking their Goldendoodle, Finnley. 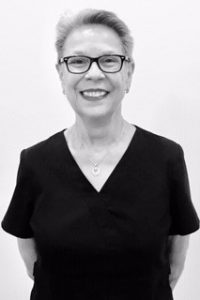 Susan, our Business Coordinator, brings to the practice years of experience.  She not only has a wealth of information to share, but it comes with a great big smile and an “up” personality.  She treats each and every patient with warmth and understanding.

Susan shares her life with her partner, her Chihuahua, Abby and her cat, Yuki.  Her many interests include music, reading, nature, yoga, and animals, large and small. 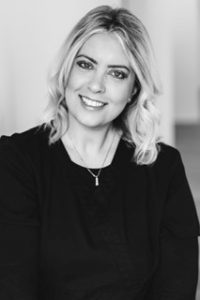 Sarah has been a Dental Assistant since 2002. Sarah is certified in sealants, coronal polishing and CPR. Her gentle touch and friendly chair side manor helps patients feel relaxed and comfortable during their visit.

Outside of the office, Sarah enjoys cooking, trying new recipes, spending time with friends and family and watching her two boys excel in sporting activities.

Katie is a dental assistant and has over 20 years of experience.  She is very proficient, and enjoys getting to know her patients.  Katie is very personable and makes her patients feel comfortable during their dental visit.

Katie is married and a mother of three beautiful children.  Away from work, she stays busy with her children’s school activities, sports, and training their Goldendoodle puppy, Rossi.